The role of Nogo-A in visual deficits induced by retinal injury.

Scroll down to watch the event.

The membrane protein Nogo-A is a potent inhibitor of neuronal growth. After injury, blockade of Nogo-A can support regeneration and functional recovery. For example, in the visual system, the deleterious effects of retinal ischemia on the neuronal survival and function of juvenile mice can be reduced by blocking Nogo-A. In the current study, the aim was to investigate the role of Nogo-A in visual impairments induced by NMDA excitotoxicity in the adult mouse. N-Methyl-D-Aspartate receptor (NMDAR) over-activation is involved in major diseases such as diabetic retinopathy.

Different levels of retinal injury were induced by intravitreal injection of 0.5 to 40 nmol of NMDA. Nogo-A’s function was blocked by using either knock-out (KO) mice or by intravitreally injecting a function-blocking antibody (11C7) two days after NMDA injection. Effects were quantified by following visual function with the optomotor reflex (OMR) and electroretinogram (ERG) recordings, by monitoring visual cortex activity through local field potential (LFP) recording, and by analysing cell survival with immunofluorescence on retinal flat mounts.

Our data suggest that Nogo-A is implicated in the emergence of visual deficits after retinal injury. Antibody-based neutralization of Nogo-A may stimulate visual recovery in retinal diseases involving excitotoxic cell death such as diabetic retinopathy.

This presentation aims to show the link between Nogo-A and visual deficits aggravation after retinal injury. Nogo-A is implicated in many processes that would exacerbate any visual deficits after an ocular pathology. Neutralization of Nogo-A is a promising novel therapeutic approach.

Julius received his BSc in Cellular Biology in Marsaille, and later specialized in immunological questions of neurodevelopment for his MSc. He has recently received his PhD in Neurobiology from Laval University in Quebec, for his work on the role of Nogo-A in visual deficits, in the lab of Vincent Pernet.

Q&A from the presentation

Here are questions asked during the presentation, and their answers. Please send us an email if you have further questions: [email protected]

It is a possibility. Nogo-B was the only member of the Reticulon family that was shown to have its expression increased 10 folds. Nogo-B can also enhance neurite growth in cortical neurons cultures.

In our model we can vary the concentration of NMDA to elicit mild to heavy damaged to the retina. With low concentrations of NMDA, and with the right placement of injection site, mostly peripheral RGCs will be affected – although with diffusion some central RGCs could be affected too. It is not a perfect model for early glaucoma, but it can model the percentage of cellular loss found in advanced glaucoma.

Nogo-A neutralization either by using KO animals or by function blocking antibody, does not affect the survival of retinal cells.

After injury, Nogo-A and its active fragments are released into the vitreous humor to act at a distance. The active fragments, like the delta 20 domain, are internalized and can act very far from the retina. 11C7 injected into the vitreous humor sequestrates Nogo-A and its fragments and prevents them from binding to their receptors. This prevents activation of their function in the retina cells including microglia.

We used photopic negative response to asses RGC functions. There was no significant difference between the two groups.

This is our next area of study; we believe that this could be one of the reasons that we have this visual function recovery. We hypothesize that after NMDA injection, all cells affected either die or do not function properly and their synapses and dendritic arbor is affected too. Nogo-A neutralization probably promotes the reconnection of synapses and dendritic arbor.

Other Journal Clubs and Webinars

Dr. Jeffrey A Jamison - Experimentica Ltd.
In this Webinar, Dr. Jeff Jamison will talk about “AcuiSee”, with which one can measure rodent vision based on an operant conditioning paradigm. Jeff is the developer of AcuiSee, and he now works as Director of In-Vivo Pharmacology at Experimentica.
Q&A available
Watch now
Thursday, 07 Oct 2021

Journal Club: Echolocation with Light – A New Form of Active Sensing in Fish?

Prof. Nico K. Michiels - University of Tübingen, Germany
Some fish use active photolocation: Their eyes emit light to detect predators or pray in this spotlight. In this Journal Club, Prof. Nico Michiels from the University of Tübingen will talk about his fascinating journey in which he has discovered this phenomenon.
Q&A available
Watch now
Thursday, 27 May 2021

Webinar: Visual Acuity as a Relevant Phenotype in Mouse Models of Rare Disease 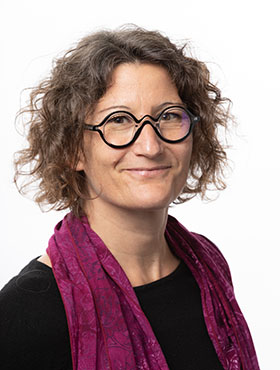 The Jackson Laboratory will introduce their Neurobehavior Phenotyping Core, in which they also do visual acuity measurements. They will present two examples where the OptoDrum has been used to characterizte vision in animal models for rare disease: The Charcot-Marie-Tooth-disease, and Multiple-Sulfatase-Deficiency.
Watch now
Thursday, 02 Apr 2020 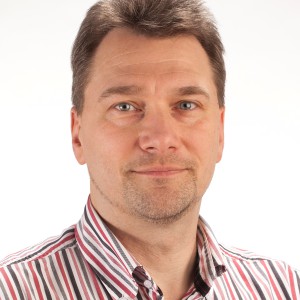 In vision research, observing the optomotor reflex (OMR) is an important and widely established method for assessing visual acuity and contrast sensitivity in rodents. In this event, we will hear about several applications of OMR measuremnts, ranging from quantification of retinal degeneration to characterization of night vision.
[dsgvo_service_control]
Manage Cookie Consent
To provide the best experiences, we use technologies like cookies to store and/or access device information. Consenting to these technologies will allow us to process data such as browsing behavior or unique IDs on this site. Not consenting or withdrawing consent, may adversely affect certain features and functions.
Manage options Manage services Manage vendors Read more about these purposes
View preferences
{title} {title} {title}